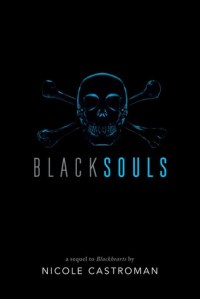 “For several moments they simply held each other, their connection strong and unshakeable.”

Synopsis: Edward “Teach” Drummond is setting sail to the Caribbean as first mate on the most celebrated merchant ship in the British fleet—until he rebels against his captain. Mutiny is a capital offense and Teach knows it could cost him his life, but he believes it worth the risk in order to save his crew from the attacking Spanish ships.

Sailing on the same blue waters, Anne barely avoids the Spanish attack, making it safely to Nassau. But lawless criminals, corrupt politics, and dangerous intentions fill the crowded streets of this Caribbean port. Soon, Anne discovers that the man entrusted to keep the peace is quite possibly the most treacherous of them all—and he just happens to hold Teach’s fate in his terrifying hands.

Life and death hang in the balance when Teach and Anne are given a dangerous mission. It’s a mission that will test their love, loyalty and devotion, forcing them down a path neither one could have ever imagined.

“Not all treasure is silver and gold mate.” -Captain Jack Sparrow

I felt like this quote went with this story very well. This is a story about love. When I first read BLACKHEARTS and began reading knowing it was about Blackbeard, I was very surprised. I was expecting a fierce adventure story with lots of pirates. It was not. It was the prelude to how Blackbeard became the pirate. Who would ever choose to be a pirate? What must have happened in their lives, or what was their situation like to think piracy was the better option? Or maybe its the only option.

Blackhearts left us with Anne and Teach both sailing off to the Caribbean on two separate ships.  Anne with the hopes of finding her mothers family and Teach with the hopes of finding Anne. Just a few days out from Nassau the Deliverence was attacked by two ships and Teach was only able to save the ship and the men by taking over as Captain. Anne had met Coyle and Cara on board and became fast friends with the siblings. From their ship they saw the attack but the captain would not go out to offer aid. Once in Nassau, they found Coyle and Cara’s uncle, who owned a tavern. Alistair isn’t just a tavern owner. He is a very wealthy merchant and is against slavery. The governor is all for supporting the African Trading Company and wants Alistar’s ships for the venture. When Alistair makes it clear that he wants nothing to do with it, all sorts of bad things start to go down. You can’t trust anyone on an island where the ones in charge of justice are not honest and good men.

Teach finally makes it to Nassau only to be charged with mutiny and locked up with his men. Governor Webb makes a deal with Teach. Go after this pirate Easton, bring him back alive and then his men are free to go. If only Teach knew how corrupt Webb was. Teach finds Anne only to have to hide their relationship in fear that anyone he loves will be used against him. This whole book is full of plans that don’t go according to plan. All the officials are corrupt and the pirates.. well.. they are the good guys. Can Teach and Anne outrun Pelham and Webb, or will they stop them before more innocent lives are taken?

“Sometimes you have to do the wrong thing to do the right thing.” – Easton

This book really took me on an adventure. The author has painted a pretty amazing story for Edward Drummond, aka Blackbeard. I love how she was able to create this story by taking all the research of what is known of Blackbeard and that time period and fill in the blanks. This romance version is really incredible. I can’t wait to read the next book. Will Teach and Anne ever get their happy ever after? How many oceans would you cross for love?

A daily selection of the best content published on WordPress, collected for you by humans who love to read.

Talking About Books For Days

Trying not to state the obvious since 1978